View current news articles, commentary, videos and more having an impact on Jewish culture, politics and religion at Rabbi Silverman's Sites to See

We enter now, in the autumn of the year, the time of Marcheshvan, removed from the blistering spiritual pace of Tishrei. Marcheshvan probably received its name in antiquity from the Akkadian name for this autumn month, but our sages considered that “mar” was added to the name of Cheshvan because it means “bitter.” The month is bitter because all of a sudden, after four holy days and three festival times, there is a month of no holidays, other than the day of rest, the Sabbath.

Maybe there are other reasons that there is a certain bitter, sad feeling to the month. Certainly there is a residue of sadness at the falling of the leaves and the dissipation of the vibrant colors of summer and autumn itself. A French song, Les Feuilles Mortes, of the 1950s (which was later adapted into the song "Autumn Leaves"), encapsulates this sadness, with the falling of the leaves as a metaphor for loss:

The falling leaves drift by the window
The autumn leaves all red and gold
I see your lips, the summer kisses
The sunburned hands I used to hold.

Since you went away the days grow long...
And soon I'll hear old winter's song
But I miss you most of all, my darling,
When autumn leaves start to fall…

To top things off, next to the emotional fallout from seasonal effect, we also have some historic milestones in Jewish history that strike a sad note in the Jewish soul:
• 11 Marcheshvan (circa 2105 BCE) – Methuselah dies at age 969. although this is a very advanced age, in a sense, it's a sad moment as aspirations for immortality are dashed.
• 11 Marcheshvan (circa 1553 BCE) – Death of Rachel while giving birth to Benjamin. Tradition has it that on this day, Rachel is sad and cries at the dispersion of her people, petitioning God for forgiveness in times of His wrath.
•12 Marcheshvan (1995) – Assassination of Yitzhak Rabin; now a national memorial day, which we now note at the time of the 25th anniversary of his death.
• 15 Marcheshvan – King Jeroboam's alternative feast of Sukkot for the people of the northern Kingdom (1 Kings 12:32–33). While this was a happy feast, it was not happy that the acts of the King of Judah resulted in the fracturing of the Israelites into two separate nations.
• 15 Marcheshvan (165 BCE) – Death of Matityahu (Mattathias), who began the Maccabean revolt in the city of Modiin. Matityahu was a symbol of revitalized Jewish national independence, and with his death began a slow decline of the Hasmoneans toward corruption and intrigue, leading to the era of unrest and eventually Roman control.
• 16 Marcheshvan (1938) – Kristallnacht/Pogromnacht: Hundreds of men are killed and maimed, thousands sent to concentration camps, and thousands of Jewish shops and businesses looted and destroyed, 1,400 synagogues and numerous copies of the Tanakh are purposefully and systematically set on fire and allowed to burn in Nazi Germany[2]

One might get the idea that we should simply pour a big glass of bourbon and drown out our sorrows for the remainder of this month of Marcheshvan/Bitter Cheshvan. But while we don't have the promise and vibrancy of holidays to make things festive and celebratory, we do have our Torah portions each Shabbat this month that paint a rosier picture. The first is the portion of Noah, which gives us a rainbow of hope and the realization that God's humanity and the world are worth it. God learns that he cannot expect perfection from the less-than-perfect creature he called "human." And He learns that it's not fair to require compliance from man by ominous destruction. So God gives us the covenant of law and courts and tells us to mold our societies towards justice. He promises to never again punish the earth for humanity's sins. The month starts with God refusing to give up on humanity.

The next portions give us a reality in which God makes a singular covenant with a single nation–the Hebrews, our ancestors. It’s a covena "go forth from Zion." And in it are promises that we become numerous and strong.

Interestingly, in the next to portions, Lech Lecha and Vayera,  there are three separate covenantal promises of the quality and quantity we will attain, each of them with three separate metaphors. In the first, Israel should become as numerous as the dust of the earth. "As you count the dust so you will count Israel." I would submit that one meaning is that just as you cannot count the dust, neither should you count Israel. But God can and does, and savors each of us. Notably, say our sages, the dust has a quality of never being able to be trodden. We stomp on the dust but invariably it ends up on the top of our shoes. So Israel, who, when pressed or trodden, invariably will rise to the top.

A second metaphor God uses, in the following passages of Lech Lecha, are the stars in the heavens. God says to Abraham to go out and "Look out at the stars, Abraham. Just as you see the stars of the heavens, so shall you count the number of your progeny." One might say that in addition to the stars being almost infinitely numerous, stars have qualities that we might also consider qualities of distinction. Stars have great light– so much that they can radiate millions of miles, even light years of distance. We Jews also have made discoveries, insights, literature, music, theater, which has illuminated civilization and societies. And just as stars can be seen even long after they have collapsed, so too these legacies continue to shine even beyond their lives.

Finally in Parashat Vayera, also in the month of Cheshvan, we have an additional metaphor. Israel shall be like the sand of the sea, whose grains, if counted, will equal the Hebrews. Sand, unlike dust, does not end up on the tops of our feet. But sand yields to accommodate and soften our journey. The strength of sand is not in its ability to conquer but rather to embrace. Sand embraces the power of the ocean and feels its temper and its rage, and calms its ebb and flow by its embrace. Sand's strength is seen in its power to love and include and accommodate.

Our sages claim that the Torah is the "balm" of the Jewish soul, ve samtem devarai ele. Therefore, I offer the antidote of our Torah to the fatalism of Marcheshvan. Yes, there is decline and barreness around us in the fall. Yes, holidays and celebration are absent and missed. Yes, tragic things unfolded in Marcheshvan. But remember the capacity of the Jewish people to, even when trodden, come out on top. Remember the brightness and the beacon the Jewish people has been to humanity as a whole. Remember the capacity of resilience and the embrace of the sand. And let that certainty cheer you and get you back unto the highway that points to Kislev and Chanukah. 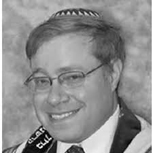 מי בבית כנסת ומי בזום? Who shall pray in the shul and who via Zoom?

Last Rosh Hashanah we prayed: How many shall leave this world and how many shall be born into it, who shall live who shall die….who shall be at peace and who shall be tormented…  Looking back it appears we missed a few: Who shall remain healthy and who shall deal with COVID-19? Who shall keep their jobs and who shall become unemployed? Who shall send their kids into the classroom and who shall remain virtual? Who shall pray in the shul and who via Zoom? Far too many questions, and none of us have enough answers. And even when those answers come, we spend our days and nights agonizing over them–are we doing all we can, or should we be doing more? Is this right for my child? For my elderly relatives? For myself? One question from the Unetaneh Tokef has been definitively answered: in terms of the peace versus torment, many of us have spent far too little of 5780 at peace.

There is one way, I find, to bring a small amount of peace to my days and my weeks, and that is to find a way to connect to my ENJC family through ZOOM and live services. We have had virtual daily services Sunday to Friday evenings, and mornings on Sunday. In fact, the evening minyan has had less trouble getting ten than before the pandemic. That should not surprise you. It requires much less effort to run Zoom on a phone, tablet or computer than to get in a car and drive to the shul for in-person services. And, since no driving is involved, it takes much less time. Why don’t you join us once in a while?

We were also doing Shabbat morning services on a virtual-only basis, but for the last several weeks, we also have had in-person attendance Shabbat morning. And that brings me to my concern. To avoid spreading the virus, we have kept the in-person service as short as possible, while meeting all of the halachic requirements. And, although this has disappointed some (especially me), in accordance with the recommendations of medical authorities and the Cantors Assembly, I have minimized singing, both mine and the congregation’s. The High Holy Days will be an extension of the Shabbat experience.

By now you have heard about the arrangements for in-person High Holy Days and expressed your interest in in-person attendance. (We will also be streaming for those of you at home.) Rabbi Silverman and I are working to considerably shorten the length of services on Rosh Hashana and Yom Kippur. While nothing will be the same as usual, we hope to provide a meaningful spiritual experience. I look forward to actually seeing many of you in-person for the first time since last winter. Mostly, I want to encourage all of you to attend as many of our services as you can. I am sure you will find it meaningful, as well as a way to catch up with fellow congregants you may not otherwise see. If you need help getting online, please inform the office and we will help. 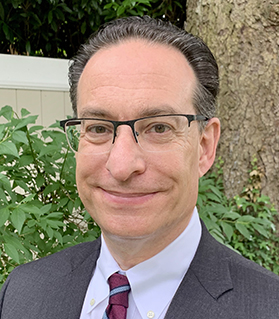 This year, for my High Holiday message, I decided to make a short video greeting (Hollywood, here I come!). Since I won’t be able to greet every congregant in person, which is an annual custom I will sorely miss, I thought this would serve as a nice way to say hello to you and your families, and wish you all a happy, healthy and prosperous new year, 5781! I was even able to convince my wife Anna to join in at the end. 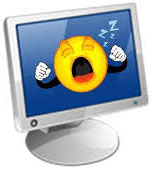 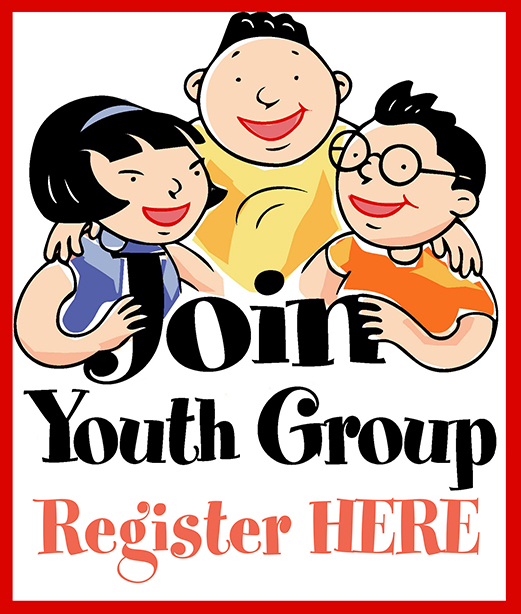 Happy Thanksgiving, from the ENJC 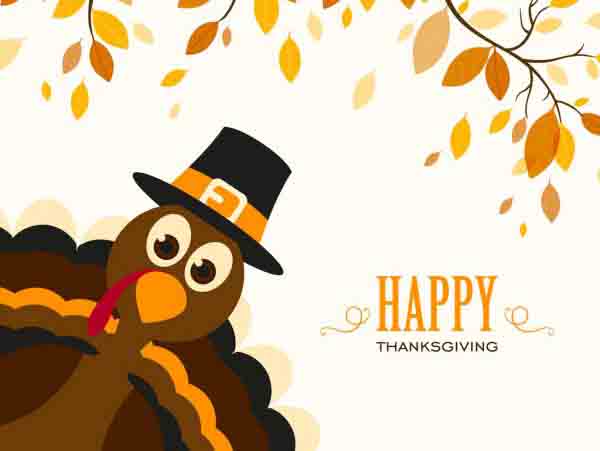