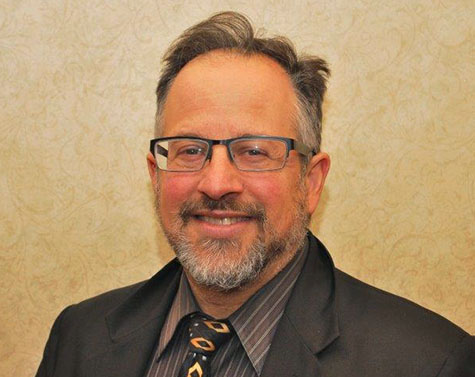 Rabbi Silverman has been a pulpit Rabbi for more than 30 years and enjoys working with our children in Religious School, teaching Adult Education courses and writing scholarly essays. Two of these essays, one on the subject of the High Priest and the other on Happenstance and Accident in Jewish traditional sources, were honored with publication in the Conservative Quarterly Journal.

Most recently, he indulged his art hobby by completing a complete set of pastel illustrations depicting each of the weekly portions of the Five Books of Moses.

Rabbi Silverman is married and has two sons.

Contact information:
631-368-6474
This email address is being protected from spambots. You need JavaScript enabled to view it.

New bipartisan resolutions in support of the recent peace agreements with UAE and Bahrain have been led by congressional leaders and urge other countries to follow suit. Urge your members of Congress to cosponsor these resolutions HERE.

The trial for the accomplices of the 2015 Charlie Hebdo and kosher store attack in Paris is set for Yom Kippur. The court refuses to change the date because of concerns related to separation of church and state. Read about this HERE (scroll down).

This week, the Equity and Inclusion Enforcement Act, which would allow civil suits for violating federal regulations protectd by race, color or national origin, was voted on in the Senate. Republicans ammended the bill to include anti-Semitism, and while it passed, 162 Democrats voted against it. Read about this Senate measure HERE.

At the time of an Israeli diplomatic triumph, gloating is not the Jewish way. Wisdom and generosity is the Jewish way. Read an essay on the UAE and Bahrain treaty that gets it right, HERE.

The father of Alisa Flatow, who was killed in a Palestinian terrorist attack while riding a bus in Israel, questions why San Francisco State Univ. has invited a known terrorist to take part in a round table discussion later this month. Read more HERE. The terrorist is Leila Khaled, and you can read the story of how El Al pilot Uri Bar-Lev foiled Kahled and an accomplic during a violent midair hijacking attempt on a flight from Amsterdam to New York HERE. It is shocking that SF State is not in violation of Title VI funding.

A triumph for Isael and yes, for the Trump Administration too- Bahrain joined the UAE as the second Arab state in 30 days to normalize ties with Israel. Read the Bret Stephens article HERE.

The case against a NY-Presbyterian Brooklyn Methodist Hospital pediatric resident doctor who posted anti-Semetic and anti-gay messages will be in court this week. The hospital dismissed him but he had sued to be readmitted to the residency program and won. The hospital appealed the decision. Read more HERE.

Hi-Tech help is on the way against incendiary balloons and kites. Once Gazans see their low-tech efforts are useless, they may even stop. Read more HERE.

Read about European Union’s failed “mission” of policing and  monitoring the Gaza border that it undertook in 2005 HERE.

The New York Times promotes the belief that there is no such thing as a Jewish People's right to self-determination in their homeland; that Judaism has no basis for national origin. Read the article, HERE.

Dr. Elaine Solowey, an authority on desert agriculture, planted some ancient date seeds found at Masada from an extinct variety of Judean Palm. Read the Times of Israel article, HERE.

The Movement for Black Lives is convening to unveil a new policy platform. Their last platform, 4 years ago, accused Israel of genocide. Will this platform mention Israel? Read HERE.

The school curriculum for California has been criticized for ignoring Jews and focusing only on Arab Americans in the Middle Eastern policy. Yet Mizrahi Jews, who came to the US as refugees from Arab and Muslim societies in the Middle East, a significant part of the Jewish people and who have been oppressed and forced into "Ashkenormality," are just as much victims as Palestinians. Their experience should also be a part of the school curricula. Read about it HERE. Sign a petition demanding an inclusive ethnic studies curriculum free of anti-Semitism HERE. If you'd like more information on the anti-Jewish curriculum being crafted in California's public high school system, read  HERE and watch HERE.

Read about journalist Bari Weiss, whose deep committment to Judaism led to her bravely leave the New York Times, HERE.

Human Rights Watch Chief Ken Roth mocked the Israel-UAE agreement, and as an Israel-hater, was called out as a Jew-hating bigot on social media. Read about it HERE.

The Rabbinical Asembly applauds the agreement between Israel and the UAE. Read their statement HERE.

Read a Newsweek article for organizing a new ethic for the American Jewish community HERE.

A group of scholars have come to the defense of a Jewish USC student who had resigned as its student council VP after harassment for her Zionist beliefs. Read more HERE.

Almost 1400 people have so far signed a petition to remove Louis Farrakhan from Twitter. Please add your name HERE. Read about the effort HERE.

The Philadelphia chapter of the NAACP is replacing its leadership after current president Rodney Muhammad posted an anti-Semitic image on Facebook. Read about he backlash HERE.

Read a discussion of the plight of Copts in Egypt. If there were a single state solution in Israel with the restoration of Palestinian "refugees," the Jews would suffer a similar fate. Read about this HERE.

Democratic Congresswoman Betty McCollum, of Minnesota, has introduced the Israeli Annexation Non-Recognition Act, a bill to prohibit the United States from formally recognizing or providing U.S. aid to any area of the occupied West Bank annexed by the Government of Israel in violation of international law. Current law already prevents Israel from using our aid for annexation, so this bill would restrict Israel from deploying life-saving missile defense systems, like Iron Dome. Please urge your representative to oppose efforts to restrict aid to Israel HERE.

Download the application for an absentee ballot for the 2020 general election HERE. If you are voting absentee due to COVID-19, choose "temporary illness" in section 1. In section 2, select "General Election."

Vice Presidential candidate Kamala Harris has some "Jewish nuggets" in her background. Read what they are HERE.

Read a well articulated essay that captures well the opportunities ahead for Israel and the Arab world, HERE.

Florida State University adopted the IHRA definition of anti-Semitism. Reach out to your own alma mater and urge them to do the same, HERE.

Palestinian leadership must deliver a hopeful and prosperous future, despite their rejection of peace proposals over the years, HERE.

Support for the UAE and Israeli peace proves that the Palestinian-Israel conflict is no longer an obstacle to peace, HERE.

J Street is declaring that the real meaning of Tisha B'Av is that the Israeli government is oppressing Palestinian Arabs and will cause the destruction of the Jewish state. Read how J Street misappropriates the Jewish calendar HERE.

Read the official platform of the Democratic Party-- scroll down to the section on The Middle East for information on Israel and the Palestinian conflict, HERE.

Watch a video of Representative John Lewish speaking about America's responsibility to stand with Israel, HERE.

Musicians across the UK took a stand, siging an open letter against racism, following social media postes by British rapper Wiley. Read about this gesture from the British entertainment industry HERE.

The Council on American-Islamic Relations (CAIR) has been vocal in its support of BLM, all while remaining quite about the fact that thousands of blacks are owned as slaved by Muslims across North Africa. Read about this inconvenient fact for "intersectionalists" HERE.

A petition has been launched to remove Nation of Islam leader Louis Farrakhan removed from Twitter. Read about this effort HERE.

Feminist Phyllis Chesler writes about "cancel culture" and her plight in speaking the truth; that you cannot criticize Islam or Muslim behavior, nor can you praise Israel. Read her story HERE.

The newly-elected vice president of USC's student government resigned following accusations that she is a racist for her support of Israel as a Jewish homeland. Read about another casualty of the University thought police that see Zionism as racism HERE.

Read Hillary Miller's Op-Ed in the latest issue of Newsweek, discussing the plight of Rami Aman, a peace advocate who was thrown in a Hamas prison in April, arguably the most courageous Palestinian peace advocate of this generation. Read Miller's piece HERE.

Netflix's "Umbrella Academy" promotes anti-Semitic stereotypes with its Yiddish-speaking villian. You can complain to Netflix by calling 1-866-579-7172. Read about the series HERE.

Learn the proper protocol to handle Palestinian activists on campuses as exemplified by Georgetown University HERE.

A video about all the wonderful aid Israel provides worldwide, that will bring a tear to your eyes HERE.